The Barn Owl, Friend of the Farmer

The Barn Owl, Friend of the Farmer 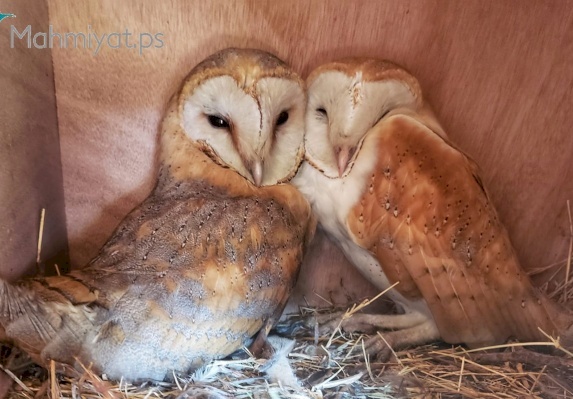 The barn owl is one of the most attractive birds in the world. There is no doubt that the stories of Harry Potter or inherent in Arab culture have played a major role in this regard. Sometimes we see the owl as a symbol of wisdom. And sometimes we see it as a symbol of ruin. Yet, this is despite its service to humans, as owls feed mostly on almost 5000 rodents every year, at an average of 15 mice per day. The barn owl is considered a friend of the farmer. Its presence reduces the use of insecticides that damage the ecosystem. Also, it contributes economically by producing better crops, both in terms of quality and quantity, as it is considered a biological alternative for combating rodents in the fields.

Through a study we conducted, it was found that the number of barn owls were declining in the Jordan Valley (from the Palestinian area). Therefore, we started the Barn Owl Project in 2019. We decided to start conserving barn owls by installing nesting boxes in farmers’ lands. Furthermore, we worked on raising awareness about its importance for farmers, and called upon the local community not to kill the owls, which sometimes happened because owls are often regarded as a sign or a bad omen.

In the year 2020, the success of the Barn Owl Project was announced after a successful nesting season. Results showed a strong percentage of occupancy in the nests, reaching 60-70%. In many boxes, rodents were observed that the owls were storing in their nests after hunting. Furthermore, the success of the project was reflected in achieving a culture of conserving the owl by local people.

Through the project we organized workshops to exchange experiences between farmers in the Jordan Valley and to  establish a network of farmers for continuously maintaining the nesting boxes. Moreover, we organized visits for different groups to the nesting sites, which later became an educational station.

Watch the attached video about the project, available in English and Arabic