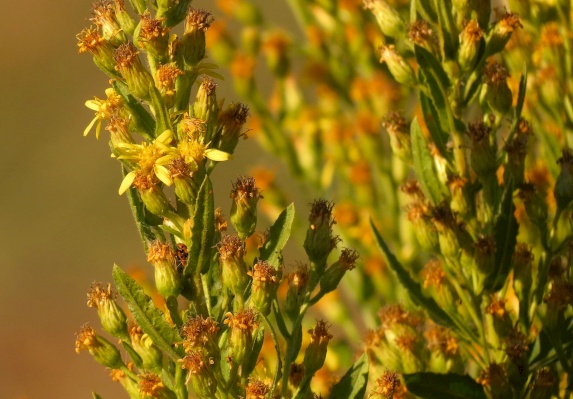 Also known as false yellowhead, woody fleabane, and yellow fleabane.Dittrichia viscosa is a highly branching Chamaephyte perennial belongs to Compositae, it is common throughout the Mediterranean Basin. The stems are50-150cm, often woody below, with a strong bituminous smell on bruising; stems of the plant are coated with a sticky resin. It has long narrowly lanceolate to oblong leaves that are pointed at both ends and have teeth along the edges and glandular hairs on the surfaces, alternate, dentate or serrate, stalkless, sticky. One plant can produce many yellow flowers heads each with as many as 16 ray florets and 44 disc florets,

Ecology: This plant grows mainly in the riparian habitat, but it is also quite common in roadsides and ruderal habitats, even in urban areas. It is very resistant to adverse conditions and degraded environments. It is important as food for the caterpillars of certain butterflies and moths. It follows the Mediterranean in terms of phytogeograph.

Common and medical uses: Despite the fresh-looking green color of its leaves and its attractive inflorescence, this plant is sticky and has a certain smell that most people find unpleasant. It contains an essential oil and has been used in traditional medicine since ancient times, especially in the Levant, as an astringent, yellow dye is obtained from the roots.