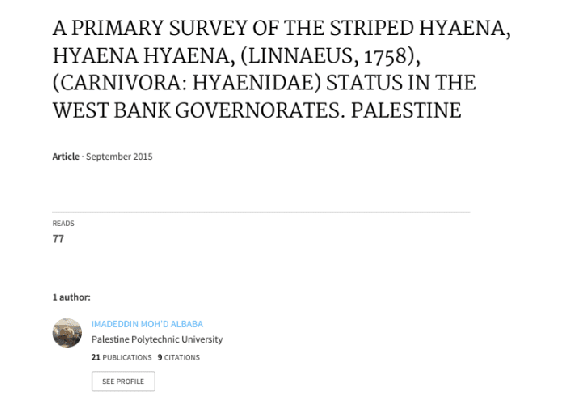 The field work along with the literature review, many of them from the 19th and early 20th centuries, shows that the Striped Hyaena, Hyaena hyaena, has apparently always been distributed with rare status in Palestine. The field surveys show that the species still survives in some West Bank and Gaza strip governorates. The direct encounter of hyaena by Palestinians is documented in all kind of media over the past years. The newest encounter with animals was documented by various types of media late in july, 2015 in Hebron Governorate. Now a day the Striped hyaena in Palestine is highly threatened. The paper aims at surveying the status of striped hyaena and the main threatening threats in the West Bank Governorates of Palestine.