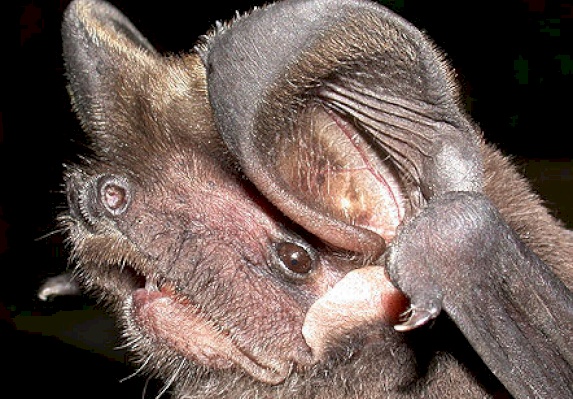 Description – One of the largest insectivorous bats in Europe. It has large forward-pointing ears that curl in at the edges. They have a long, wrinkled muzzle and the upper lip is split in the middle. It has a long tail that extends beyond the flight membrane. They have dense, soft slate-grey fur on the upperparts of their body, and paler fur on the underparts, with hairs extending onto wings and base of flight membrane. The wings are long and narrow, which gives them great agility when hunting insects and also the ability to fly long distances. In addition, their strong feet are strong so they can walk on the ground faster than any other bat.

Distribution in the country and worldwide – Well known in southern Europe and North Africa, parts of the Middle East and southern Asia. Widespread in all parts of Palestine.

Habitat – Prefer open habitats, such as grasslands and shrub lands, from sea level up to 2,300 meters. They roost in hollows in rocky outcrops, quarries and sea cliffs. They are fairly common in some urban areas and sometimes roost in manmade structures.

Behavior – The European free-tailed bat typically roosts in colonies of 20-100 individuals. Hunting is done at night, normally catching moths and lacewings in flight, but will sometimes catch prey on the ground. They use echolocation calls (sonar) to detect their prey. The European free-tailed bat is capable of reaching speeds of over 50 km/h and can hunt food for up to ten hours without a rest.

Breeding/mating (season, how and where) – Mating usually takes place in January. The gestation period lasts three months, after which a single pup is born. The juvenile opens its eyes in about a week, can fly by four weeks, and is independent by seven weeks. It becomes sexually mature at a year old. It is believed to have a life span of over ten years in the wild.

Threats and hazards –Disturbance and loss of roosting sites in buildings, deforestation, and wind farms. Pesticide use can also have devastating effects on bats, causing severe declines in insect prey abundance and contaminating food with fatal toxins.

Cool facts – A bat that its hunting activity can be heard by the human ear at a distance. As it gets closer to a prey insect, its calls became more frequent and eventually are heard as a humming noise.