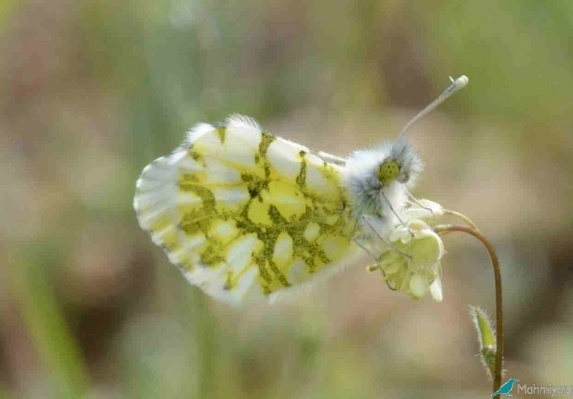 They are found in the mountaineous regions upto an altitude of 1600 m. This butterfly species normally inhabits open areas like meadows and grasslands and also scrublands that maybe hot and dry. As the foodplants of this species are normally found in very disturbed habitats, so this species is also commonly spotted along roadsides and cultivated areas. They have normally two generations in a year but in the mountaineous and very dry regions, this species has only one generation. The adults are seen to fly from the beginning of March until the beginning of July.

The larvae feed on plants belonging to the Brassicaceae family (Brassica and Sinapsis sp.).

In Palestine, it is a locally common species and its distribution range is wide extending from the low-lying grasslands in the coastal region to the woody forests in the mountaineous region.