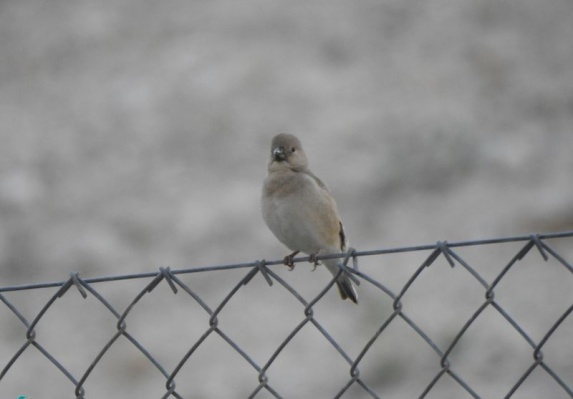 The desert finch is distinguished by its sandy brown with bright pink and silver flashes in the wings. The females and males are similar, but the male is notable for its black mask that extends from the front of the eye to the base of the charcoal black beak, which the female lacks.

Its presence is not limited to deserts, but it generally prefers dry and open areas.

These species live mainly in desert areas where water availability is high, but these birds can also be found in cultivated valleys, low mountains, and hills. These birds migrate locally and are often found in flocks near congregations.

They feed on seeds, sprouts, vegetables, and sometimes insects. The main reasons for their decline in numbers are predation, loss of habitat, use of pesticides, and window crashes. These types of birds are found in the countries of the Middle East and North Africa. A few desert finch were also observed in a few regions of Europe such as southern Spain.

The Desert finch is a social bird and prefers to live in small groups or flocks. Unlike other birds, the bird is often found in pairs, especially in the breeding season, as the females generally direct the males. The bird is monogamous, which means that only one pair is formed at a time. Some of the species breed after heavy rains while some mate between March and August.