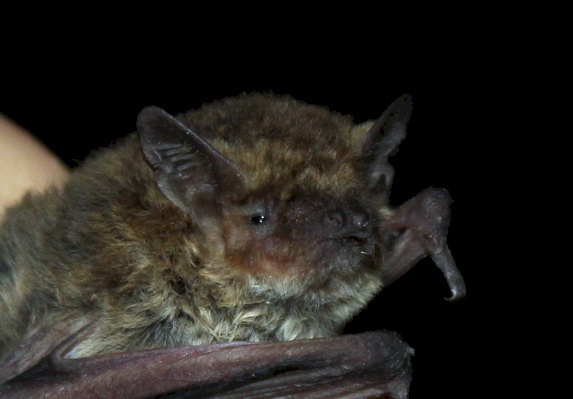 Description – A widespread and abundant species, with an increasing population. A small insectivorous bat, which is grey-brown with a silver-colored belly. The ears are reddish-brown and have a well-developed tragus to aid in echolocating its prey. Distribution in the country and worldwide – It has a wide distribution across North Africa, Europe and southwest Asia. They can be found in the Middle East and Arabian Peninsula, and are the most common insectivorous bats in Palestine.

Habitat – Kuhl’s pipistrelles forage over a variety of habitats, including oases in deserts, temperate grasslands, and forests, although it is usually found near a permanent water source. They can be found in agricultural and urban areas, and often roosts in building gaps, in rock crevices and under loose bark.

Behavior – This bat may roost in colonies numbering from around 30 to 1,000 individuals and is one of the first bat species to emerge in the early evening to hunt small aerial insects, with a slow but acrobatic flight. They are agile and can catch mayflies, mosquitoes, and moths during flight. Often the bats hunt in groups of up to 5 individuals, and use cooperative hunting strategies.

Breeding/mating (season, how and where) – Male Kuhl’s pipistrelles are in breeding condition in August and September. They court the females, while “singing” in flight, along specific routes where the females pass through to find food. Typically a male will mate with several females. The females then give birth to a single pup or twins each year during spring. The youngs become independent in about 2 months.

Threats and hazards –The use of pesticides in urban areas to eradicate mosquitoes may reduce its food supply. The intensification of farming and increased use of pesticides may also reduce prey availability. Bats are often affected by toxic chemicals used to treat wood in buildings.

Cool facts – Females may "adopt" other young if their own offspring die, and keep track of which young they are nursing through a combination of echolocation and smell.