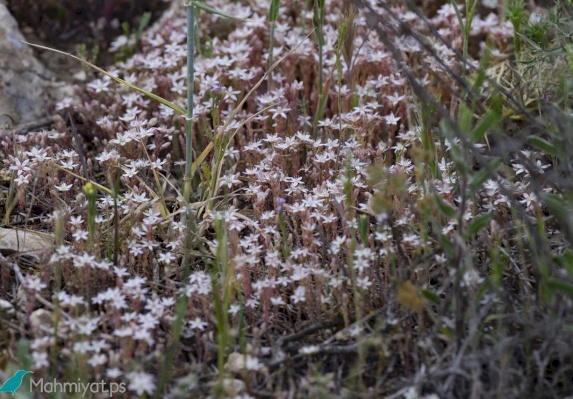 Ornithogalum montanum is a bulbous (Geophyte) monocot plant, commonly known as Mountain Star-of-Bethlehem, belonging to the family of the Liliaceae. The Chorotyp of this plant is Med - Irano-Turanian. The plant reaches heights of 10 to 25 centimeters. Leaves are deciduous, grey-green, simple leaves are basal. They are linear with entire margins. The plant produces racemes of white six-stellate flowers from March to May, The species is hermaphrodite, pollinated by Insects. The fruits are capsules. This plant is a Mediterranean species dwelling in arid and stony grassland, it is native to Palestine, Syria, Turkey, Italy, Malta, and the Balkan Peninsula, it is distributed in the range of Europe, including Britain, from Scandinavia south and east to the Mediterranean.

It prefers moist soil. It grows in several habitats such as the meadow and cultivated beds. This plant is toxic, the bulb can cause dermatitis in sensitive people and contains alkaloids, and is poisonous.

A homeopathic remedy is made from the bulb. It is useful in the treatment of certain forms of cancer, the bulbs can be dried and ground into a powder. As the bulbs are edible and healthy according to some reports. Roots and flowers are too edible.