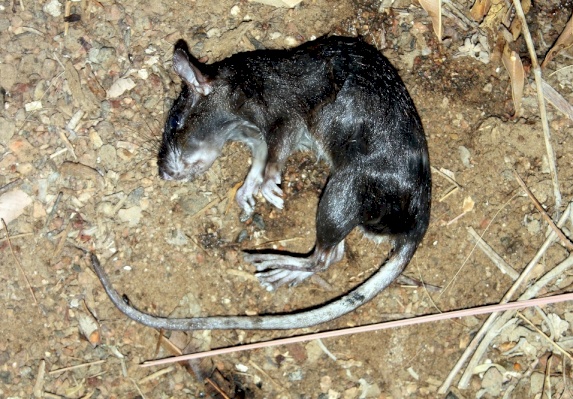 Description – A small rodent, with dull greyish-brown fur on the back, and a lighter color on the belly. Those that live in association with humans tend to be larger and darker with longer tails than the 'wild' forms. The tail is usually the same length as the body, with little fur and circular rows of scales. The muzzle is elongated, with a "mustache" of long whiskers.

Distribution in the country and worldwide – One of the most widely distributed and successful mammals in the world. Through their close association with humans it has been widely introduced across the globe, and has been present in the Middle East for over 12,000 years. Common al over Palestine.

Behavior – In scattered populations the mice can be solitary, but in densely populated areas they live in groups. Each colony defends its own territory, which it marks with scent. Colonies are composed of a dominant male who defends the territory, several subordinate males, and numerous females and their young. They are omnivores, and primarily eat plant material, but will also eat invertebrates, meat, and human food waste. The mice are primarily nocturnal, with excellent vision. They are very agile, with a good sense of balance, and are able to jump, climb, swim and run very well.

Breeding/mating (season, how and where) – They have a polygynous mating system and tremendous reproductive potential. The dominant male mates with all the females in the group, which often produce 5-10 litters a year with 4-8 young in each. The nest is constructed of shredded matter such as paper or cloth and females may share a nest. The young weigh about 1gram at birth and are born blind, deaf, and hairless. The eyes open two weeks after birth and are weaned at 3 weeks, when they typically leave their mother's territory. Sexual maturity is reached at five weeks of age, and the life span in the wild is 1-3 years.

Threats and hazards –Habitat loss and degradation due to infrastructure development poses threats to wild populations. They are often poisoned and trapped in human areas, as they are believed to spread disease. They are preyed upon by many small mammal predators including: cats, foxes, weasels, ferrets, and mongooses, as well as large lizards, snakes, and birds of prey.

Cool facts – Mice can jump a vertical distance of over 12 inches.