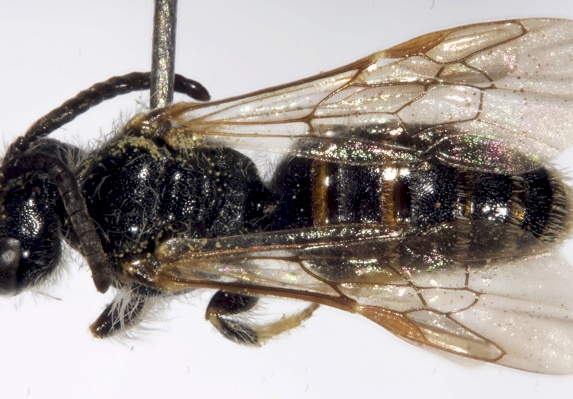 Andrenidae is an almost cosmopolitan family of bees which comprises 43 genera distributed worldwide. However, five of these genera have more restrict distribution and are part of Palestine and wider area bee fauna: Andrena, Camptopoeum, Panurgus, Melitturga and Clavipanurgus. In this text we focus on Clavipanurgus genus. In total there are 11 species of Clavipanurgus distributed from South and East Europe to Western Asia and Middle East, from which three species occur in Palestine and wider area: Clavipanurgus impressus, C. orientalicus and C. punctiventris. Clavipanurgus orientalicus is very rare, found only in Palestine (plus wider area) and Turkey. There is just few data on Clavipanurgus spp. This genus was differently treated by authors: first as the subgenus Clavipanurgus , of the genus Panurgus ; then as a subgenus of the genus Panurginus; as a group of species within the genus Panurginus or as a separate genus, as we consider in this text, according to most recent studies on the phylogeny of these bees. Clavipanurginus spp. comprises dark coloured solitary bee species, with body sizes varying between 5-9 mm. The solitary behaviour means that each female builds its own single nest and fulfil each brood cell with pollen and nectar as food resource for the larva. Females construct their nest digging the sparsely vegetated soil, digging small corridors that lead to chambers where there will be located the brood cells. Each brood cell comprises an amount of pollen, in most cases mixed with nectar, and a laid egg, which will develop to a larva, then to a pupae and finally, to an adult ready to hatch. The males have characteristic more yellow areas on their legs and have protuberant clypeus, when compared to Panurginus spp.